A summer of shredding later…. and The Vandella has firmly established itself as our Team’s “deck of choice” when things get fast and dangerous.

Darren and Chris worked together to produce this deck… combining over two decades of downhill freeride and race experience between them. The results speak for themselves… 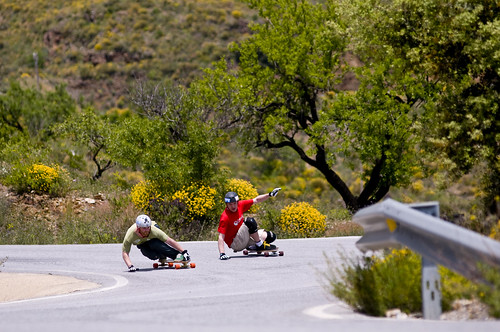 The creators round a Spanish corner… formation flying is a big part of being on the Lush Team.

The Vandella features our 4X construction for a stiff, damped ride… so it’s race responsive, but still comfortable enough to bomb hills all day without getting jelly legs. 4X has been several years in the making, we first started mucking around with embedded diagonal layups in 2008, and the Vandella is our first production topmount to feature the concept.

Techno! More info on this rather confusing picture in the Workshop.

The reason we’re all addicted to this deck isn’t the layup though… it’s the shape. With huge wheel wells, a super-wide nose, our new “race rails” and the trademark “hips” bringing up the rear, this board is perfect in pretty much every downhill situation – tuck, footbrake, slide, rail, check and carve. We went through a few prototypes before we got it this perfect… 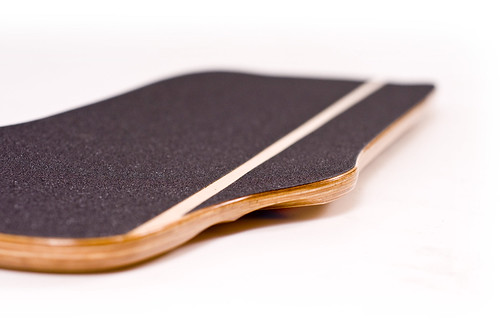 Here’s a close-up of the rear of the standing platform, showing the rail profile and hip shape.

The Vandella is undoubtably the finest topmount the UK has ever produced… a worthy successor to the race-winning Revolution as our premium downhill offering. Available everywhere, now.

Chris doing what he does best, on the deck he helped us make… sending a hill by himself, in the middle of nowhere, as fast as he can. Right on the limit, because it’s fun.

Tell us what you think!