We were lucky enough to track down one of the first Spooky Evo’s via Chris Vanstone recently. Released in 2002, the Spooky Evo was one of the first commercially available speedboards with a drop-through truck mounting. It featured a dropped-up nose, which served to wedge the front truck in a similar fashion to other pioneering speedboards like the Landyachtz Evo. 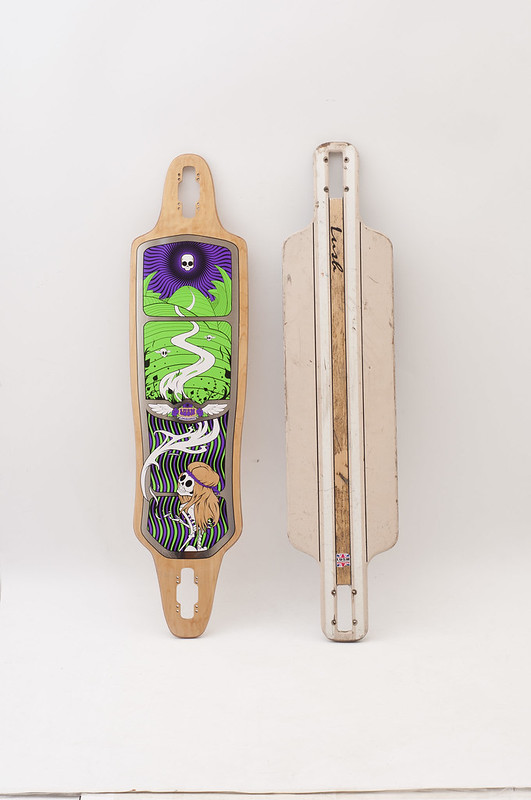 Here it is, ten years on, next to it’s spiritual successor, the Sequel. You can see that things have changed straight away… the Sequel has a shorter wheelbase (more manouverable and better cornering with more grip) and a wider deck (better foot placement) than it’s ancestor. We added hips on there rather than just straight rails to lock your back foot in too. Let’s take a closer look… 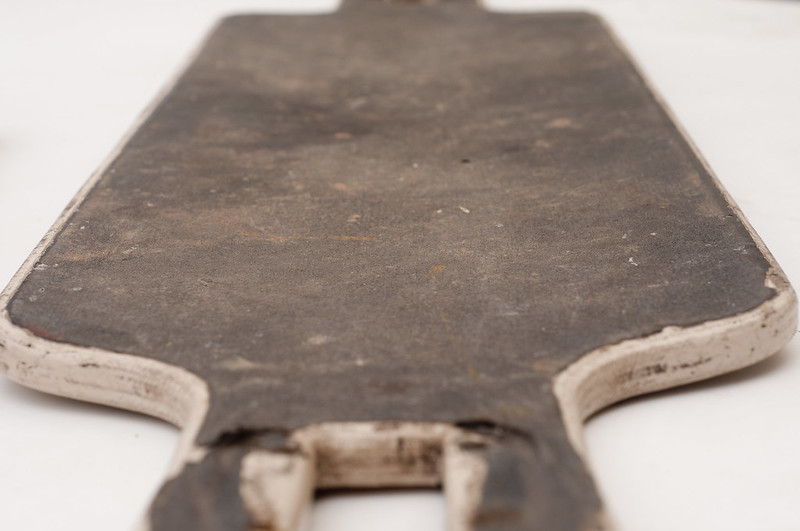 Concave has come on a bit in ten years…!!!!! This board was pressed in a vacuum bag with PVA glue in a damp Sheffield lock-up under a railway line… we weren’t able to get much concave in the boards back then. These days we’re still pressing decks individually, but now we have a giant hydraulic press and CNC’d steel moulds, using epoxy-based glue. 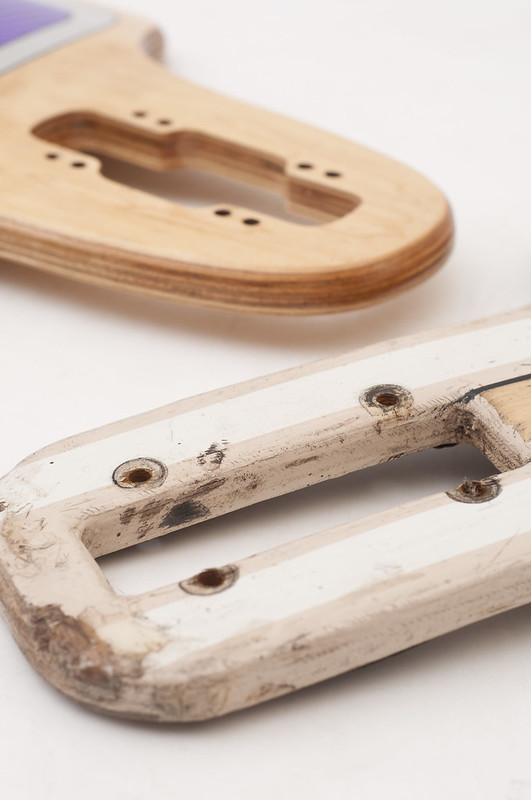 Drop-up slots were hand-cut with a jigsaw and finished with a router… while this one of the first times that anyone had mounted a truck like this, it was still pretty primative! Now we have a CNC router that is able to cut exactly what we want, where we want it, the same every time. 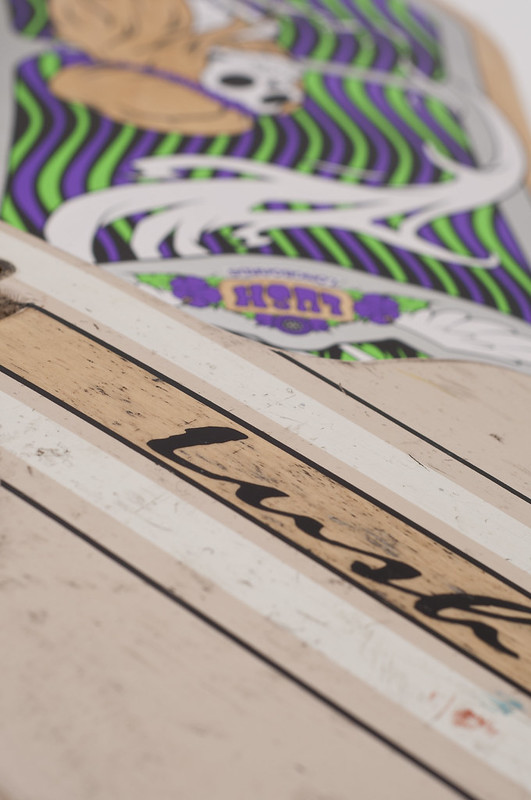 Back in the day we did graphics with a combination of masking tape, poster paint, stickers, varnish and time… Not as strong or as pretty as the Sequel’s Chrome finish heat transfer. This Spooky graphic will have used up around 50 feet of masking tape!!! 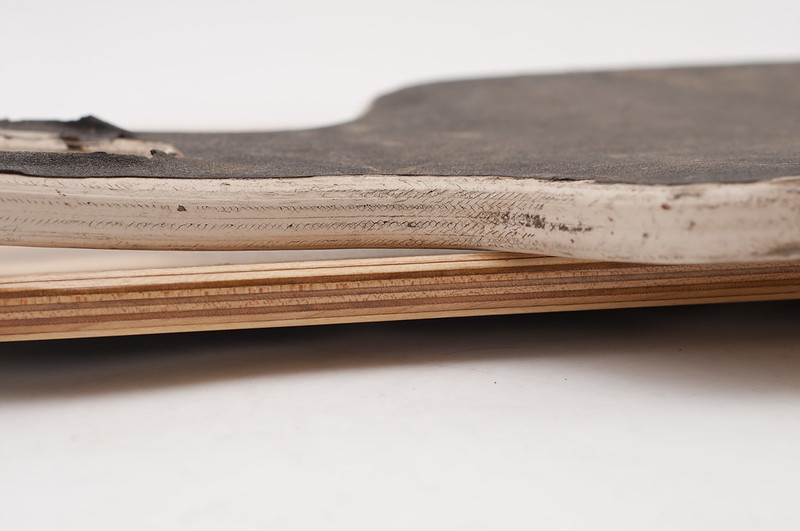 We were using 4 layers of 3mm 3ply Scandinavian birch… heavier, flexier, and not as impact resistant as the 12 plys of Canadian Maple, with two opposing layers of bi-axial fibreglass. Stiffness is essential in a speedboard, we have upped our game considerably in the last ten years in that department…!

We were able to produce such a revolutionary board at the time because we were out there skating, and we knew what we wanted. These days not much has changed… we’re still out there, still perfecting our decks each year, according to what we want and what works on the hill. 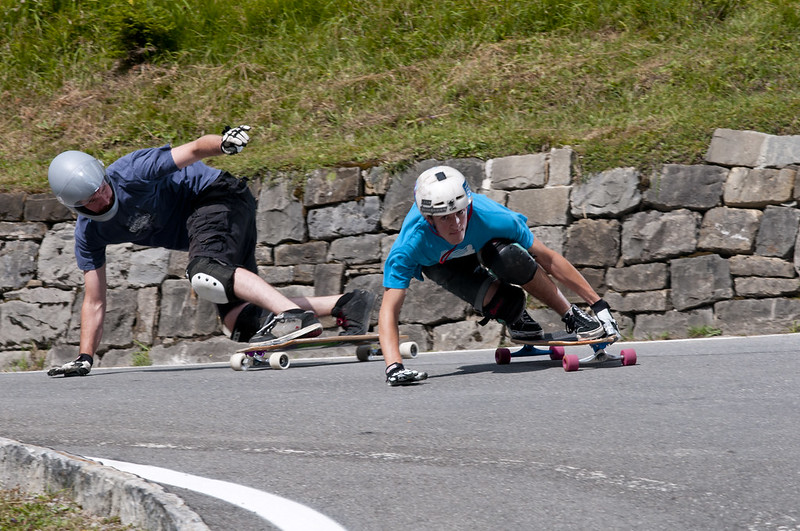 Here’s Pete and Rob charging on their Sequels in Switzerland this summer… powering the next ten years of Lush deck evolution.